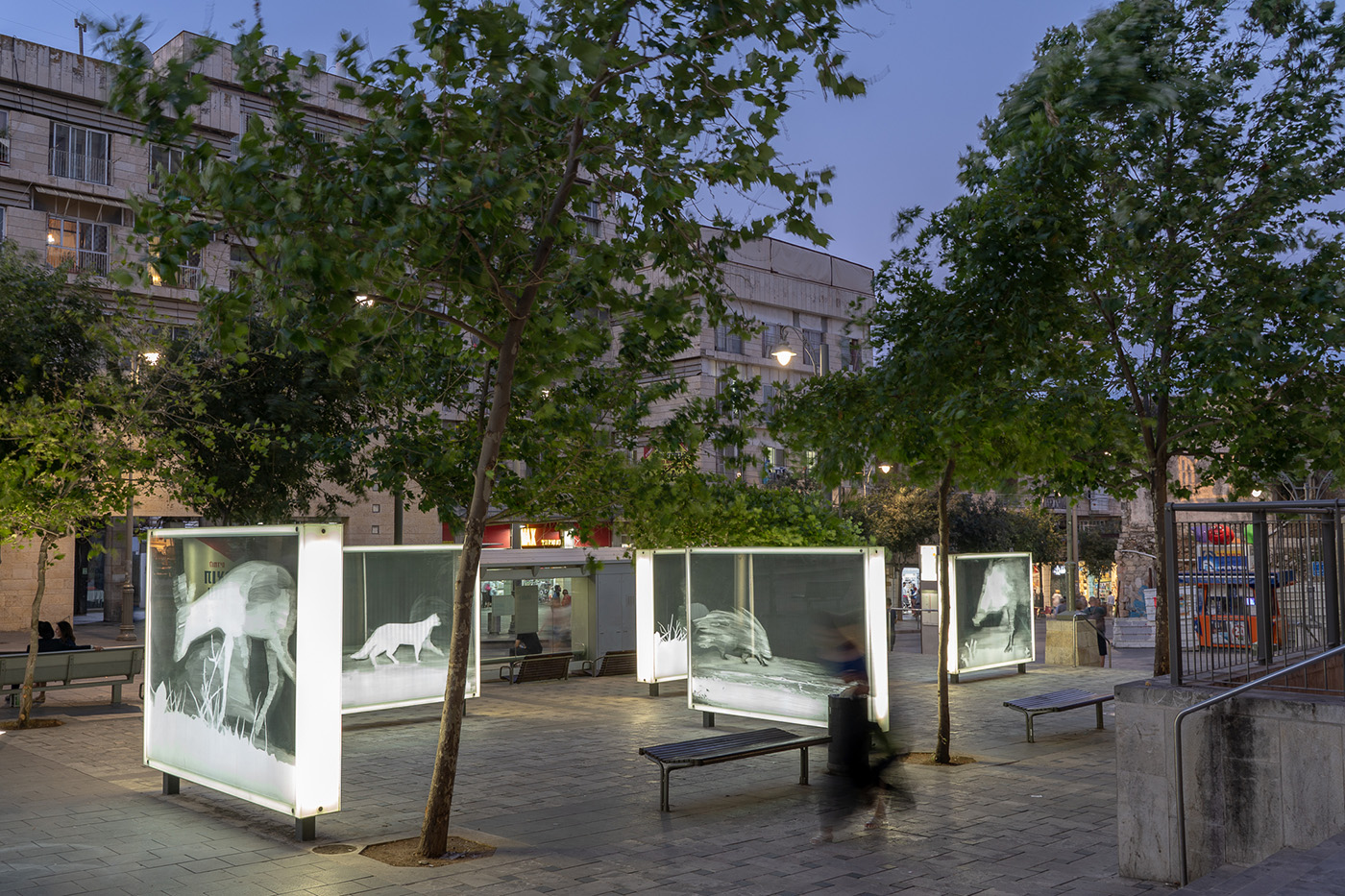 Platek’s paintings of wild animals underwent three major transformations until reaching their present form: the first stage consisted of photographs by an automatic camera which were transformed into oil paintings, which were then printed on a large scale especially for the current exhibit. The results were images significantly larger than the original photographs or paintings.
The original photographs were from an automatic camera placed adjacent to Route 1 in 2015 by the Israel Nature and Parks Authority as part of a preliminary study before construction of an ecological bridge on the site. Now that the bridge has been constructed, animals can safely cross the busy highway. The new route launched for the wild boars, gazelles, and jackals makes them present as the real pioneers of the space: their Shaar Hagai passes through the exact route that the half-tracks took in 1948 to break the siege of Jerusalem, as well as the ancient route of many others before them.
The photographs became the basis of a series of oil paintings, almost completely flat like the photographs, grab ״ painted in a uniform format in black and white. The darkness and the flash isolate the main focus: a
of a hedgehog or hyena that happened to pass by. The rapid, precise brushstrokes convey the ״ shot
fleeting moment and urgency of the event in the photograph, showing the animal’s primal instinctive need to escape. These strokes leave their imprint of rapid movement, vis-à-vis the camera’s act of capturing.
space ״ Gallery 97 ״ The third transformational stage – enlarged paintings of the animals, illuminated in the
– is an arrangement of cages of light storing a small moment of animal being. The observer is invited to remain a while and observe the wild from inside the urban space of Jerusalem. The animals that were depicted on film, in paint, in enlargements and under lights urge us to remember nature, our tendency to distance ourselves from it, and the obligation to conserve it. 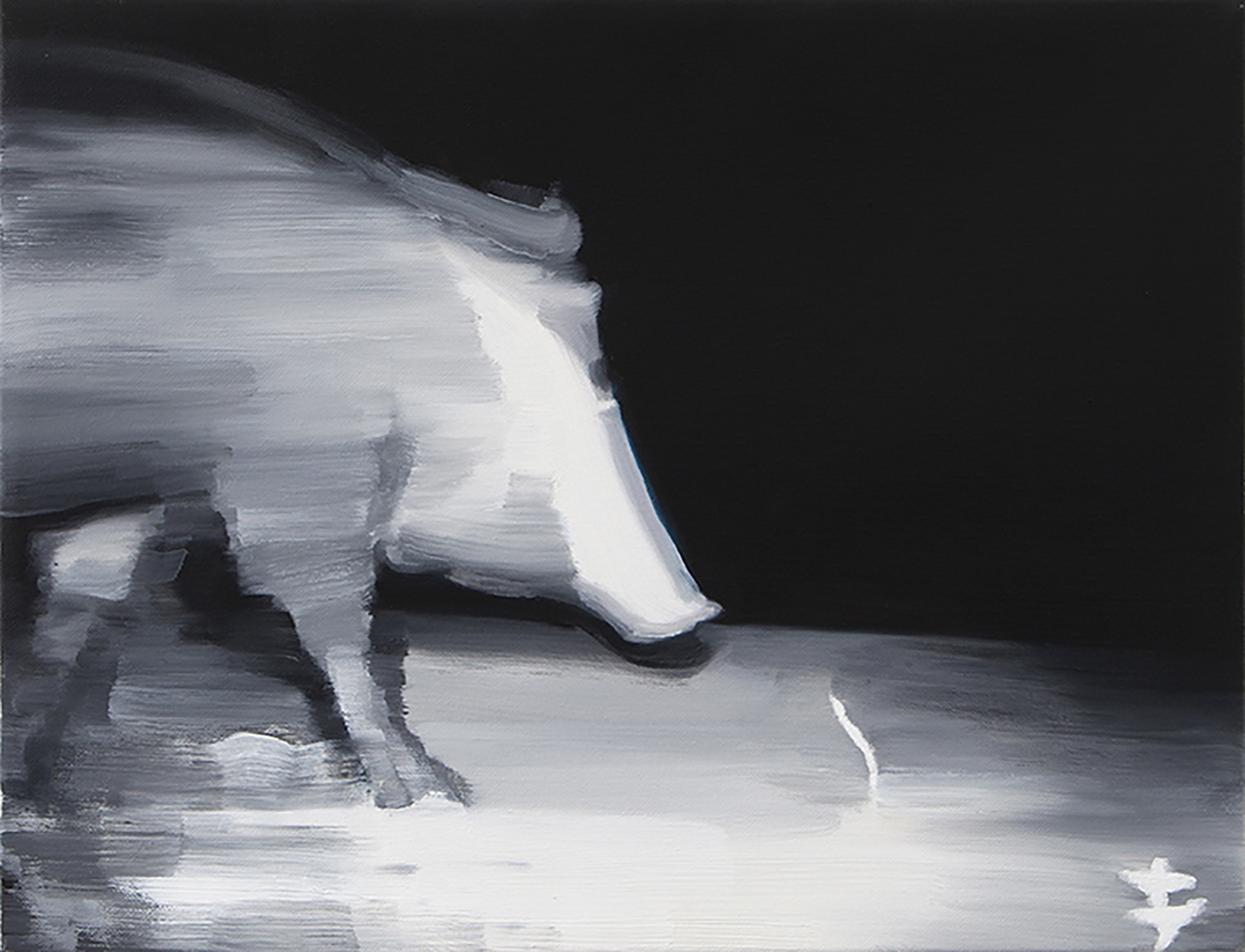 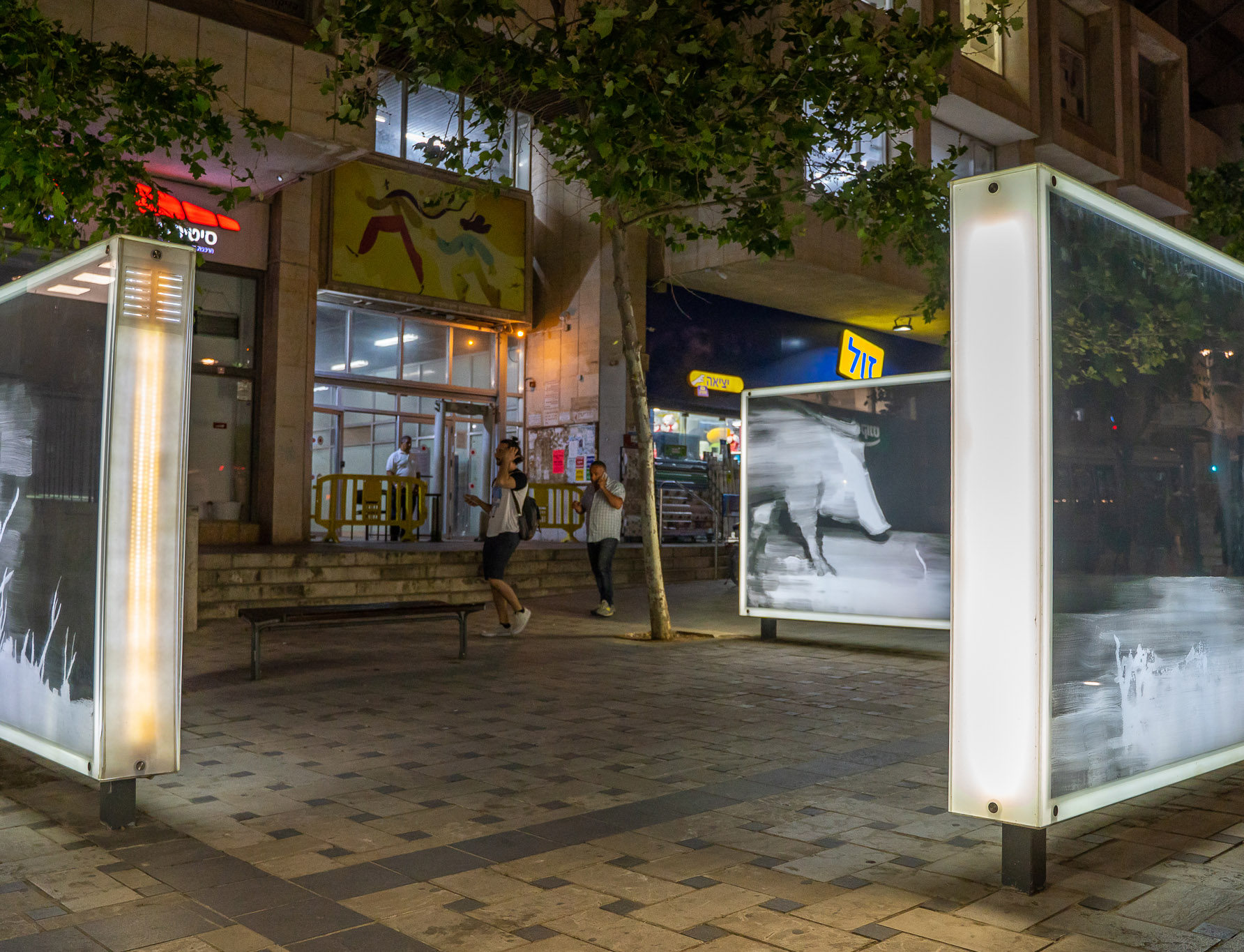 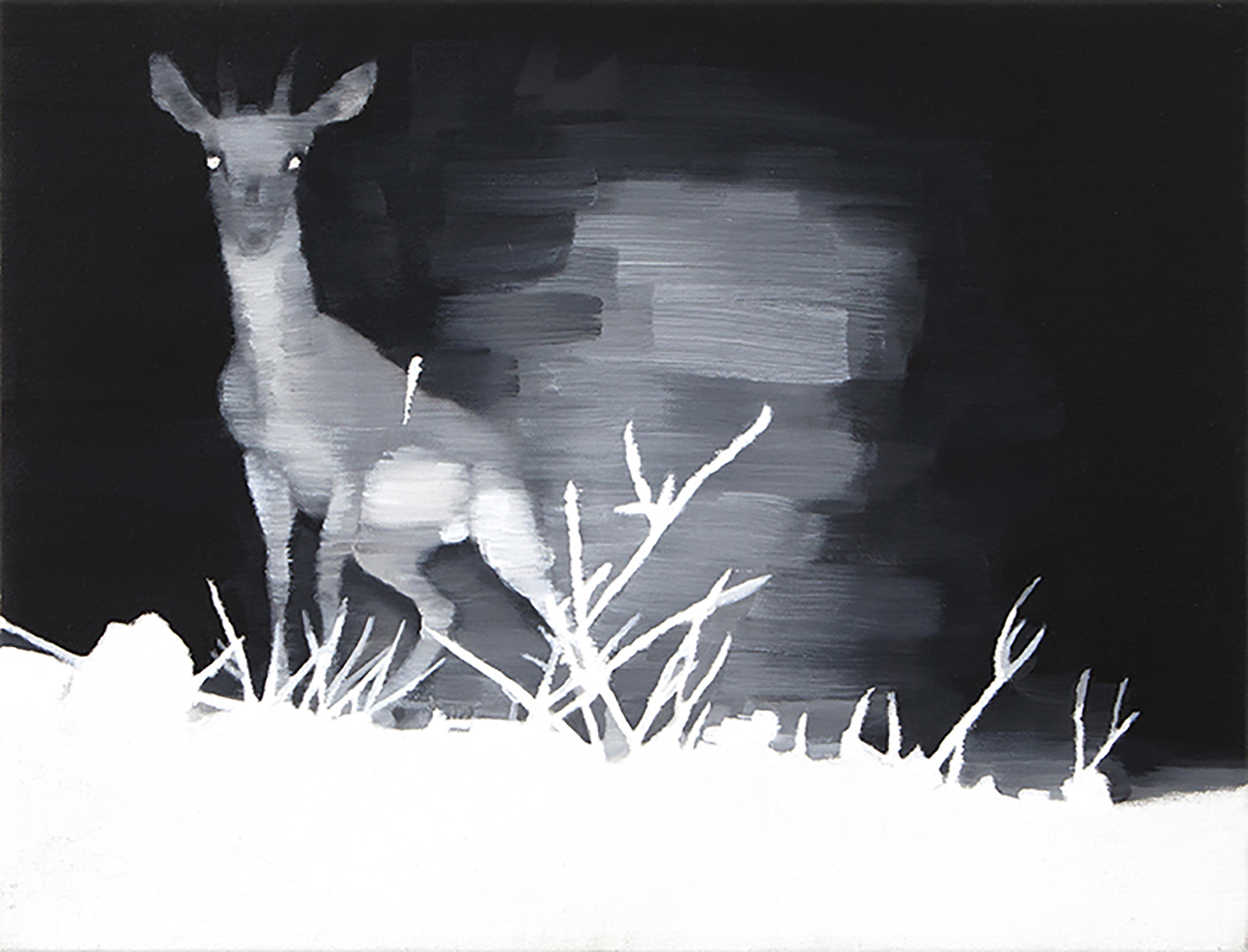 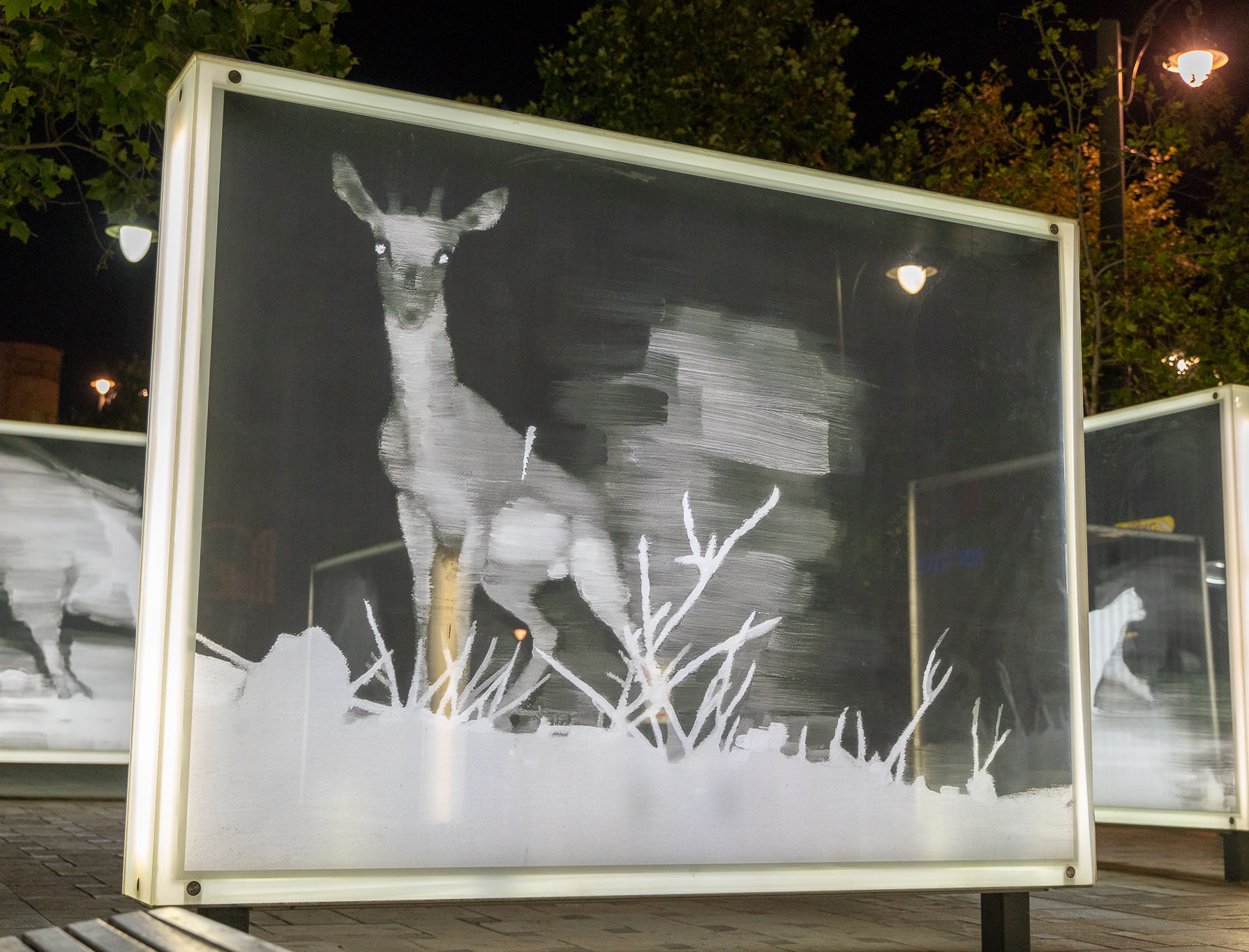 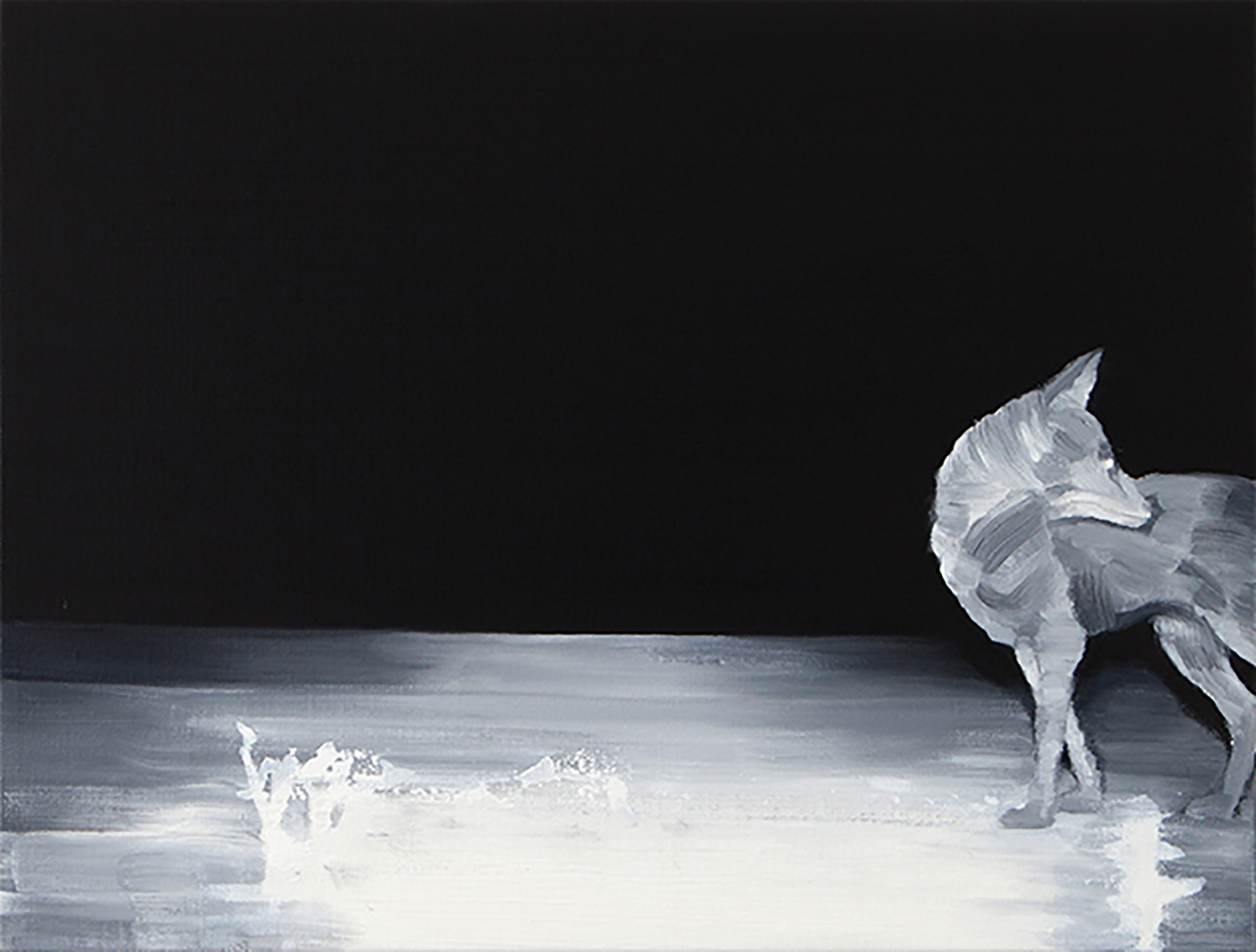 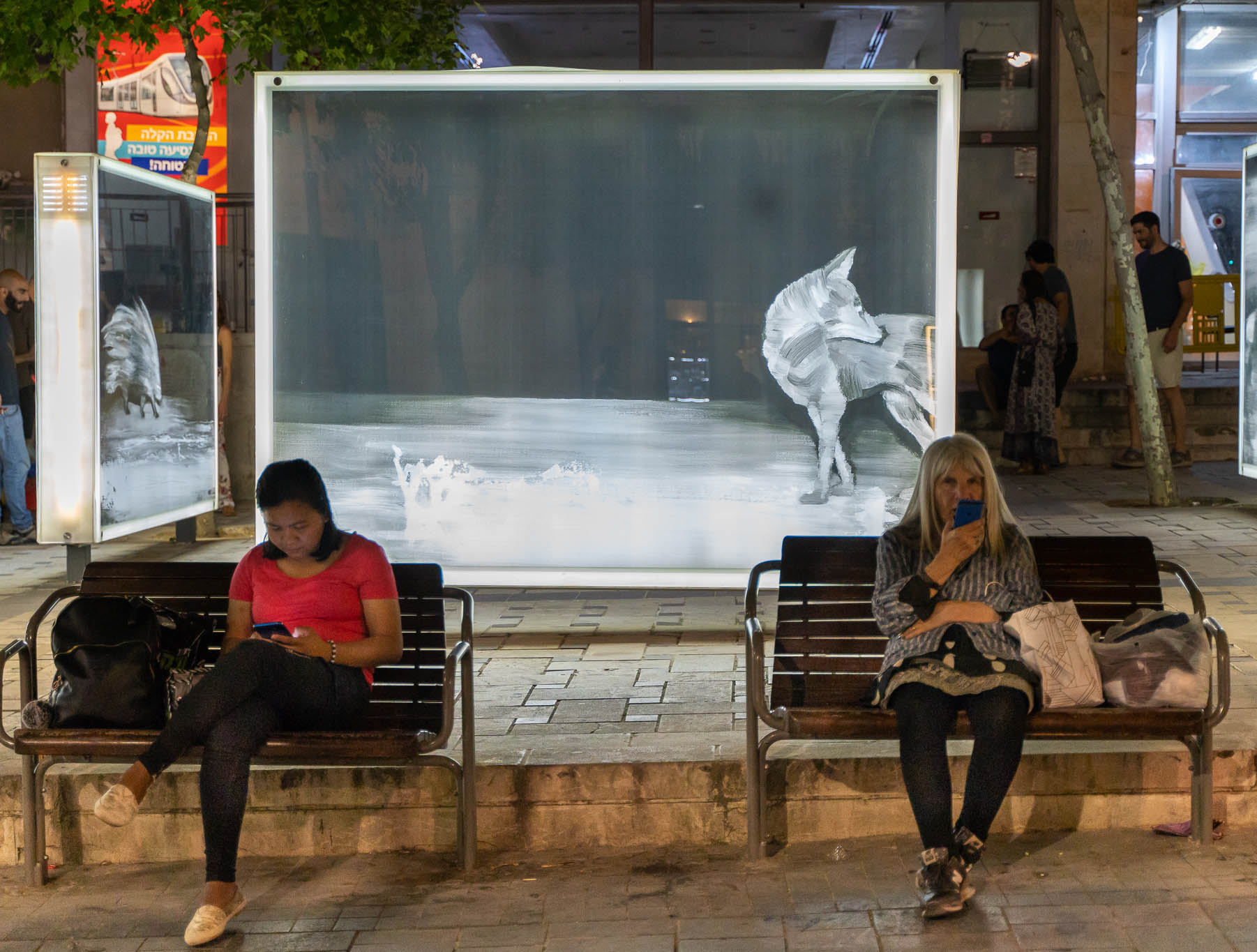 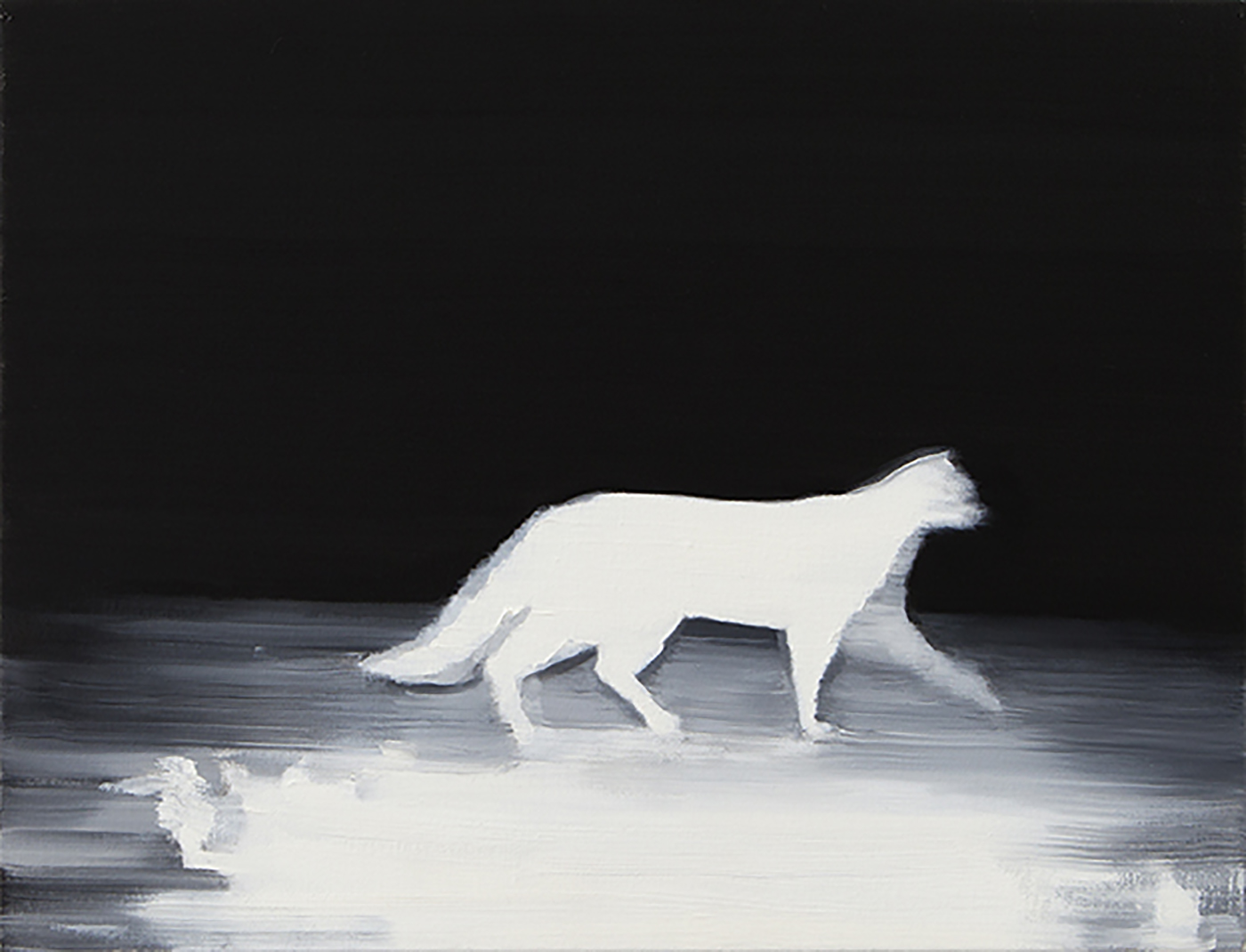 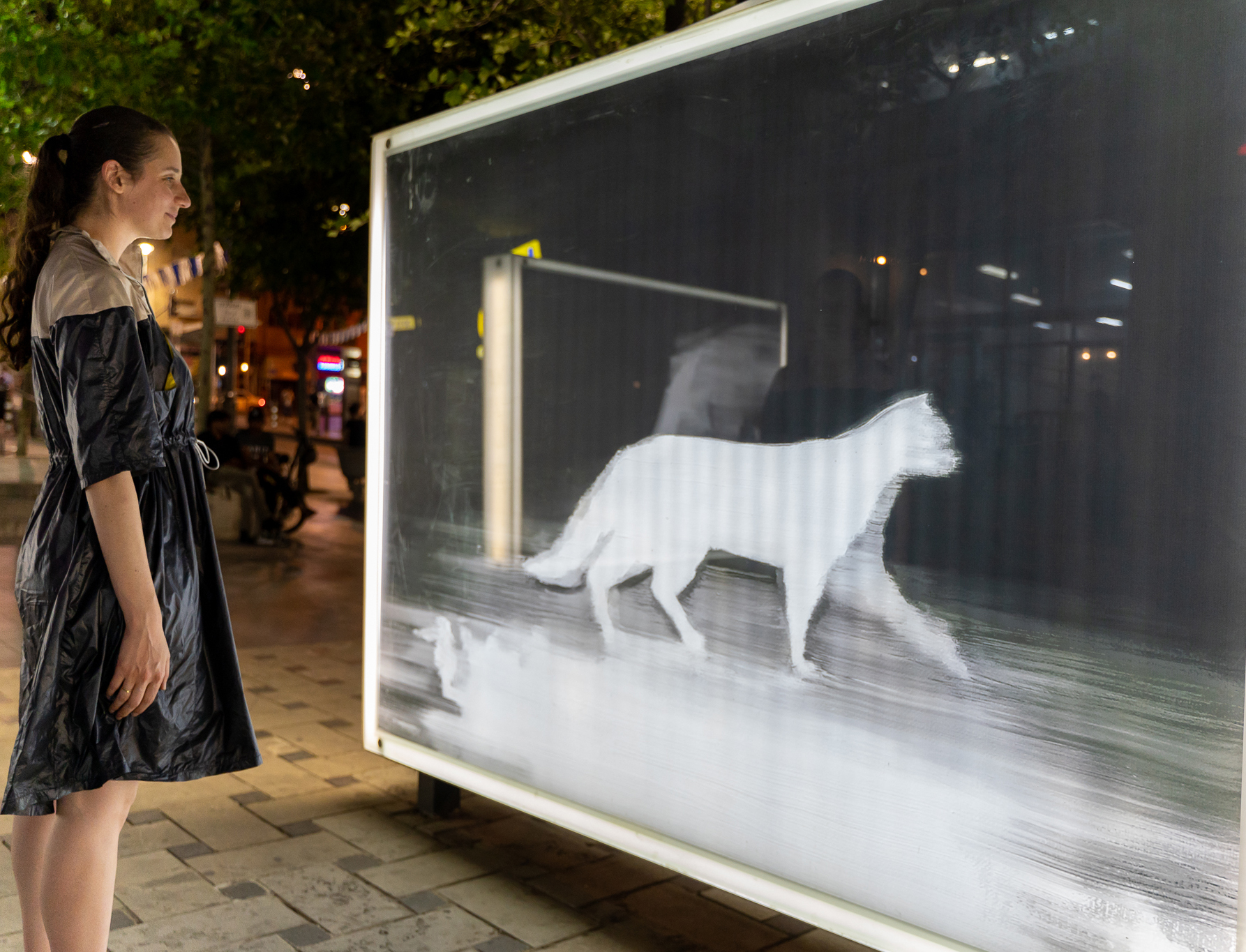 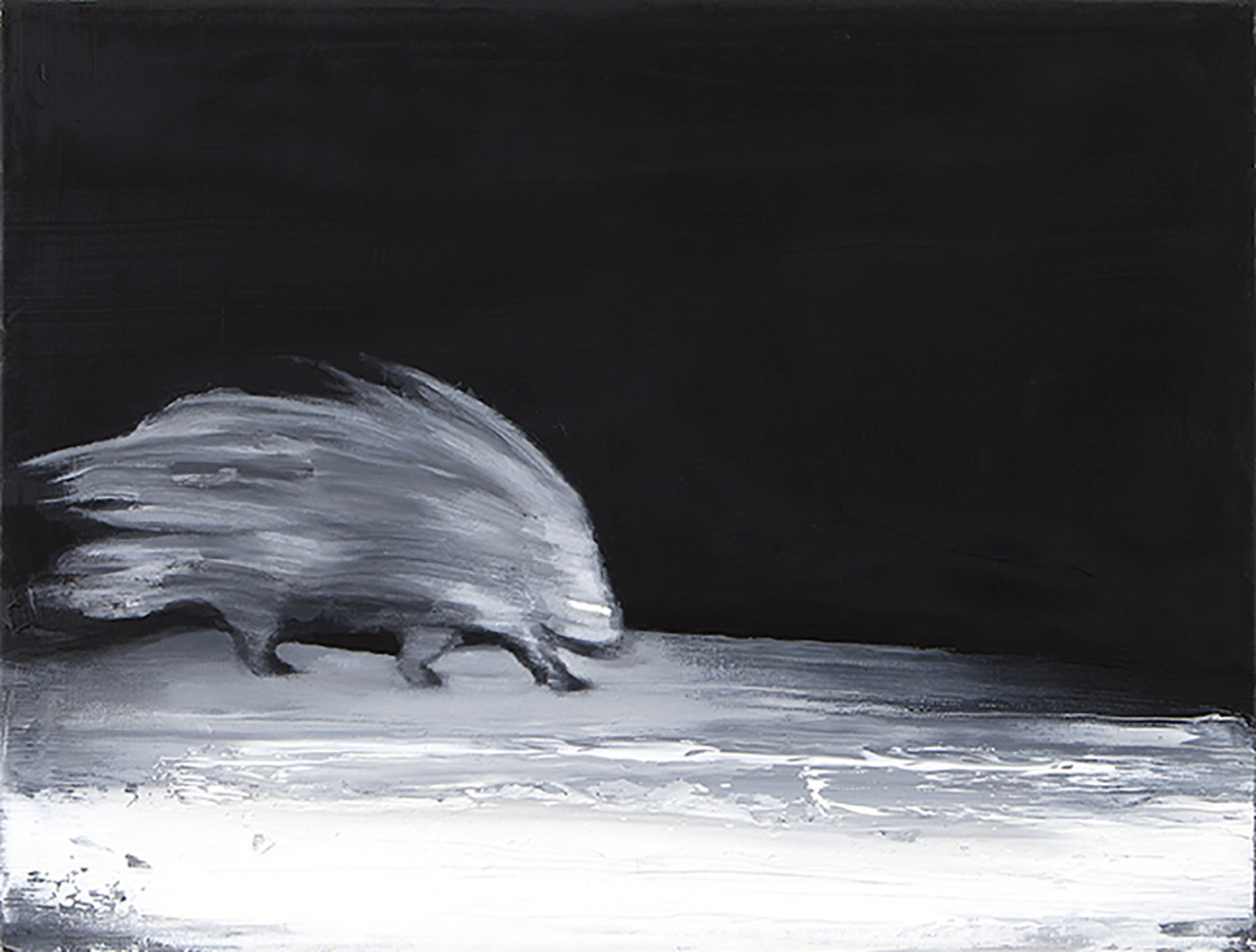 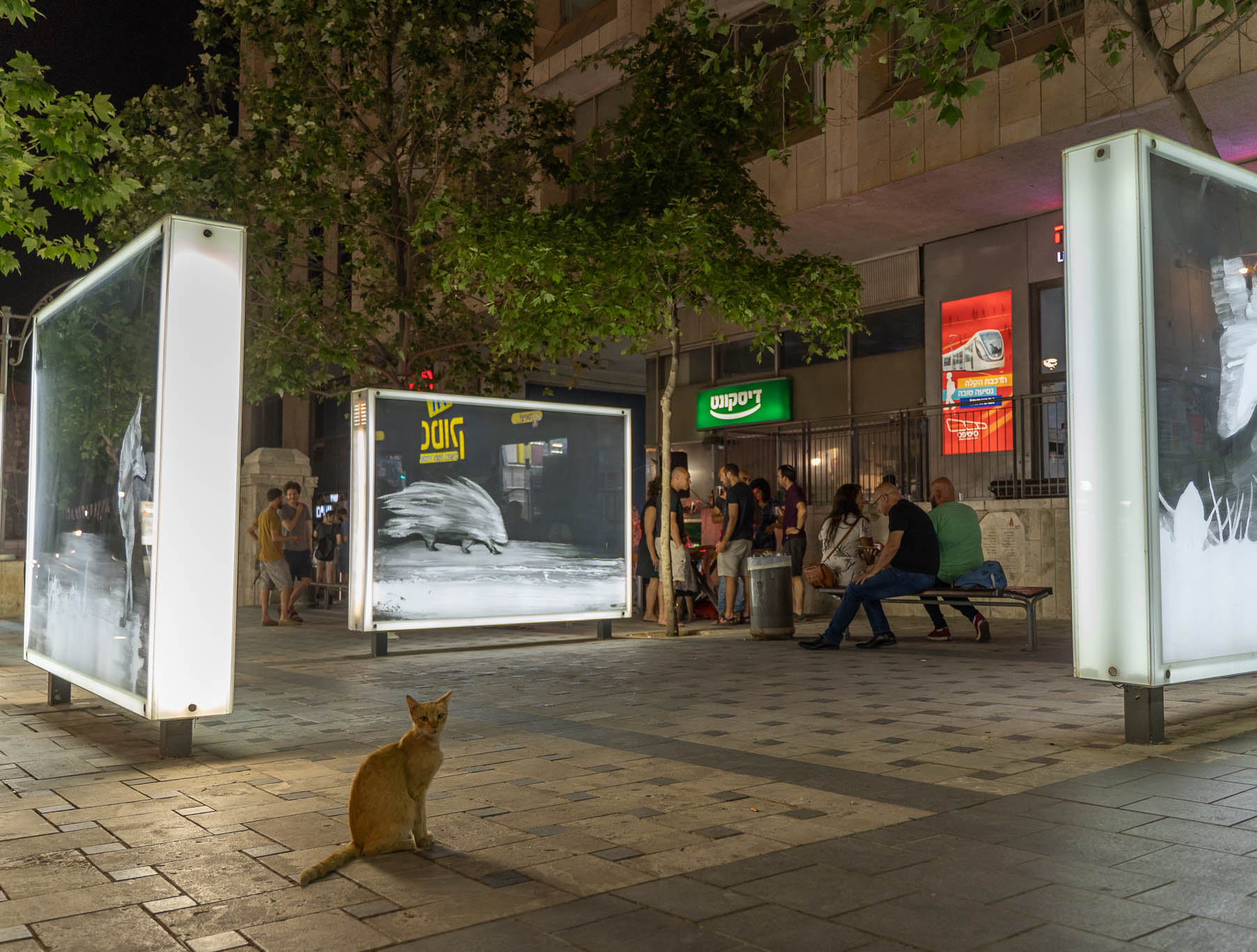 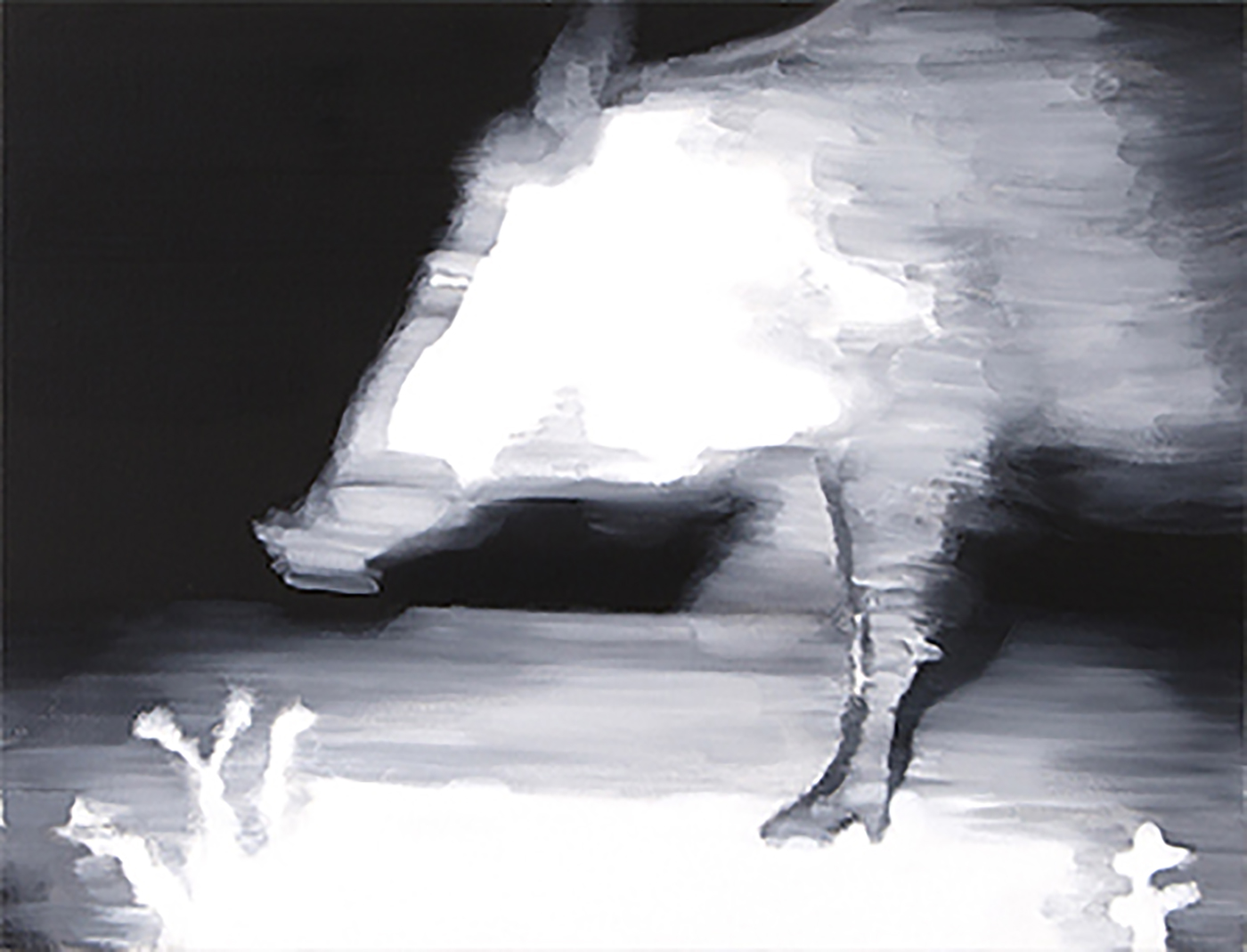 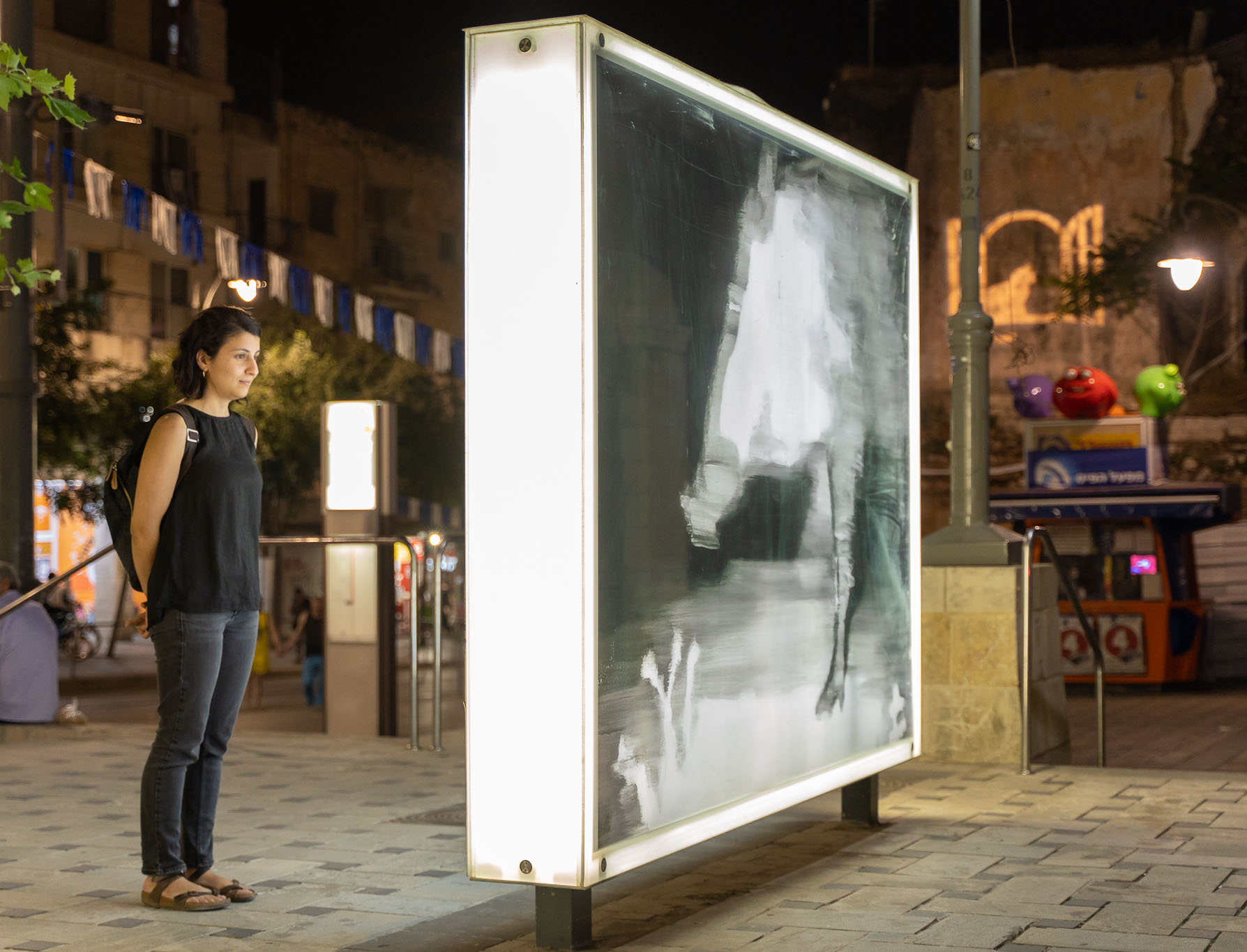 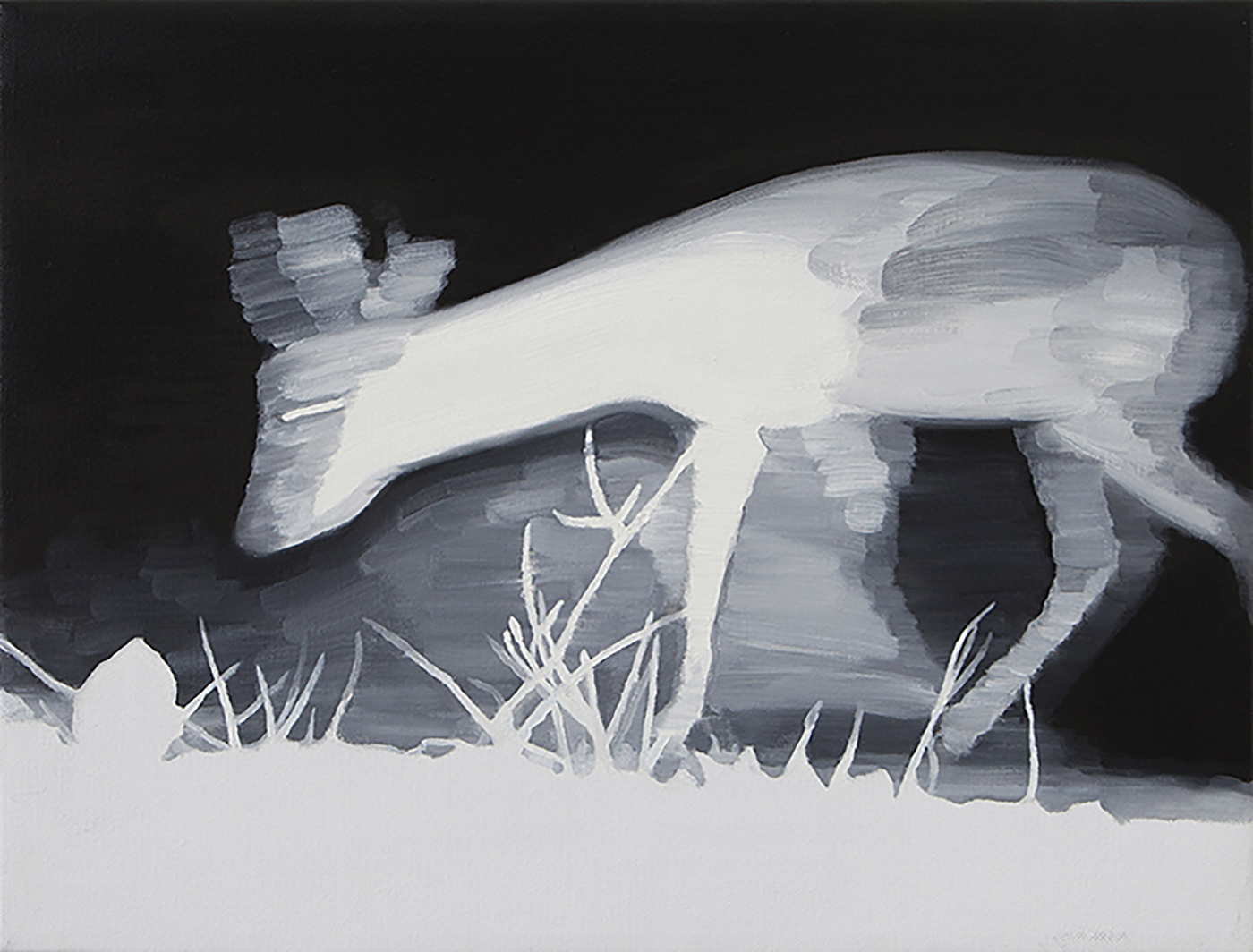 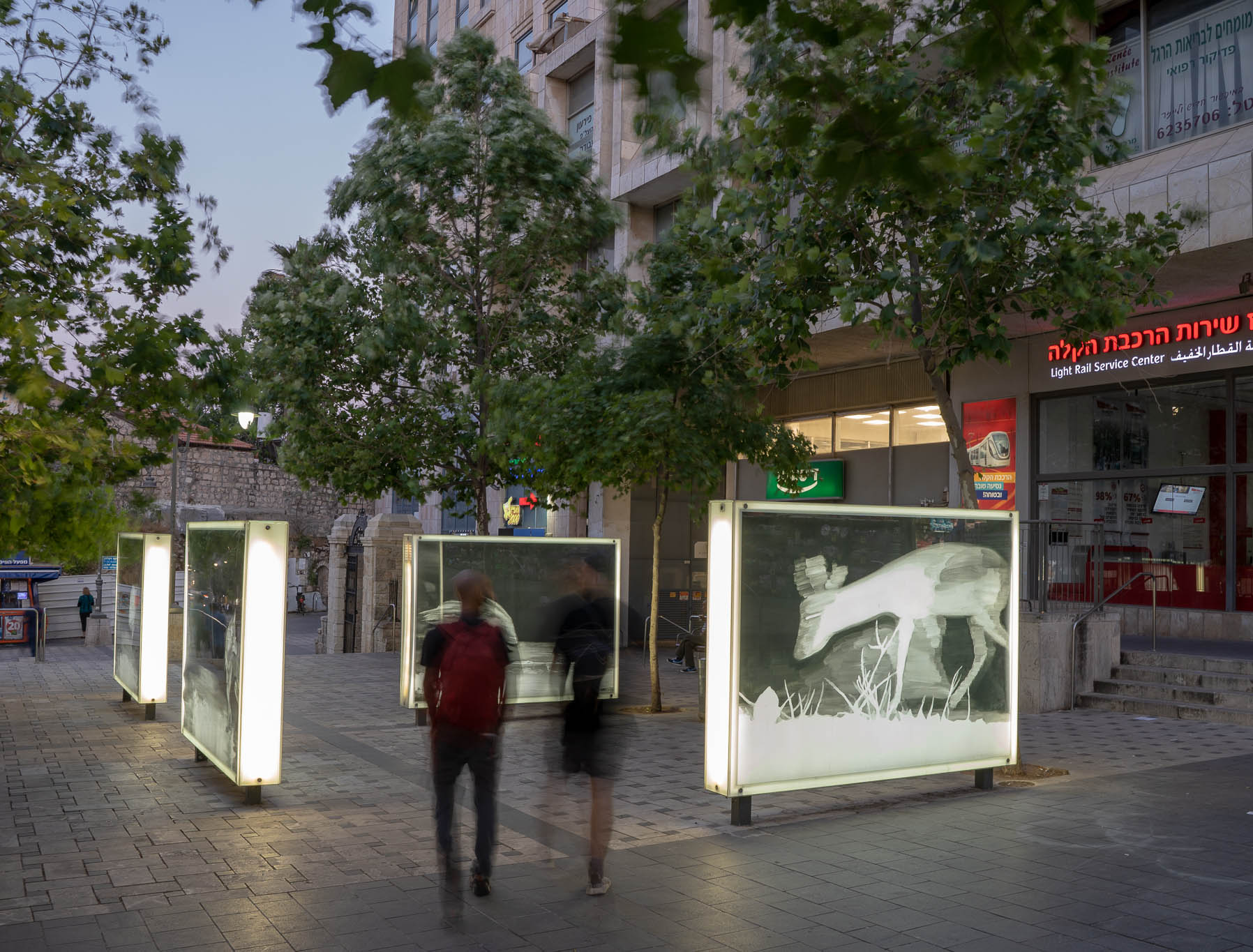 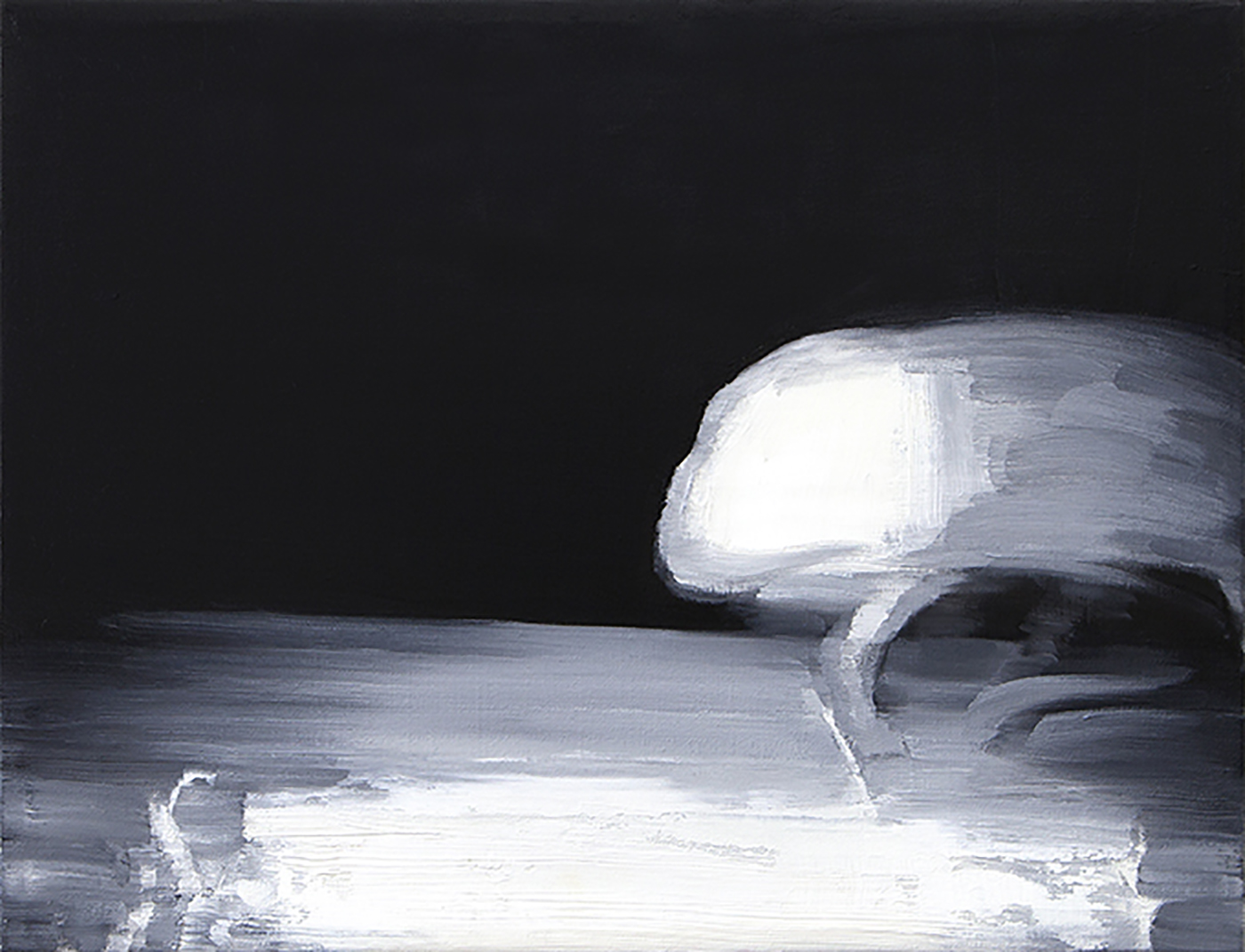 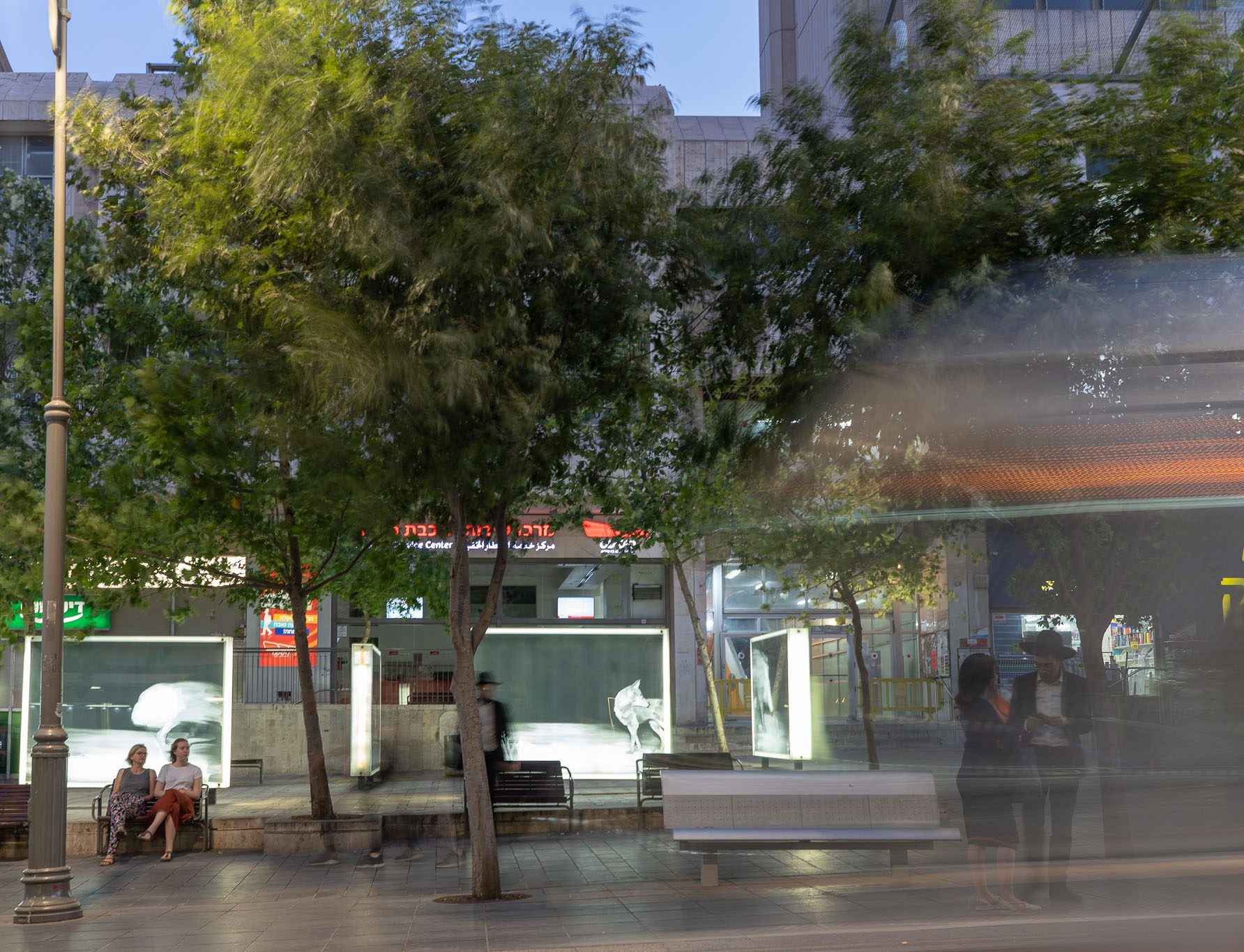 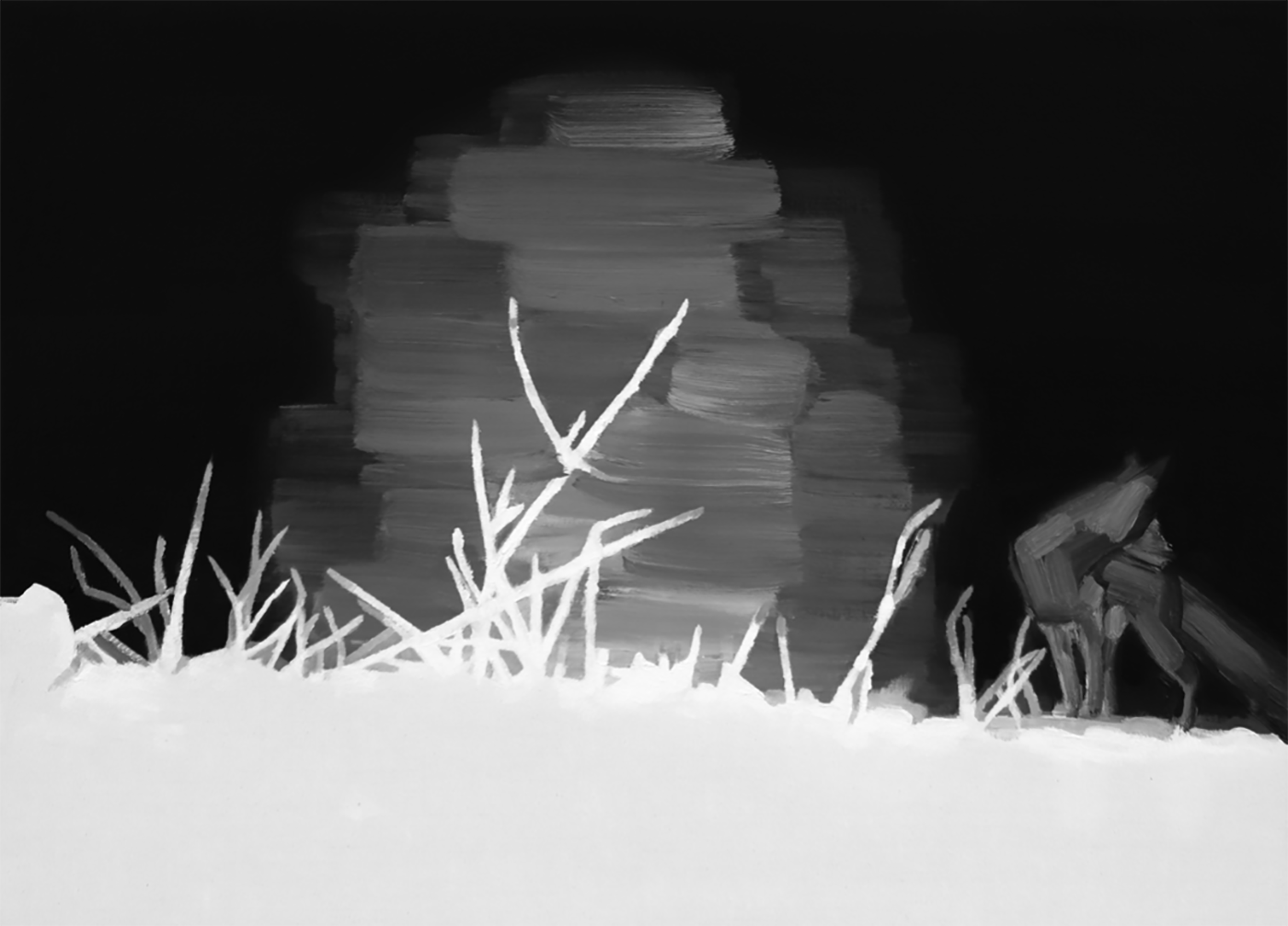 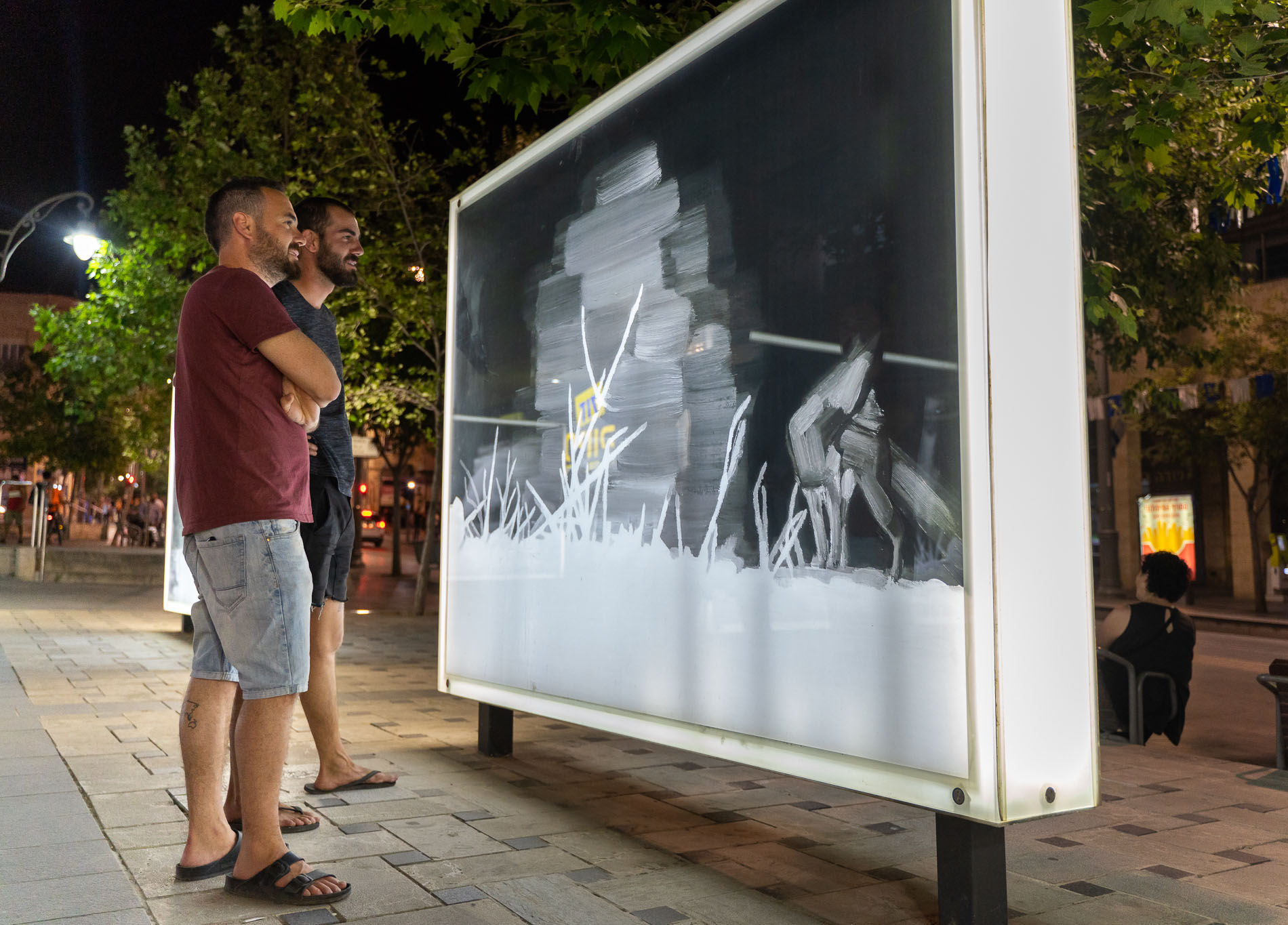